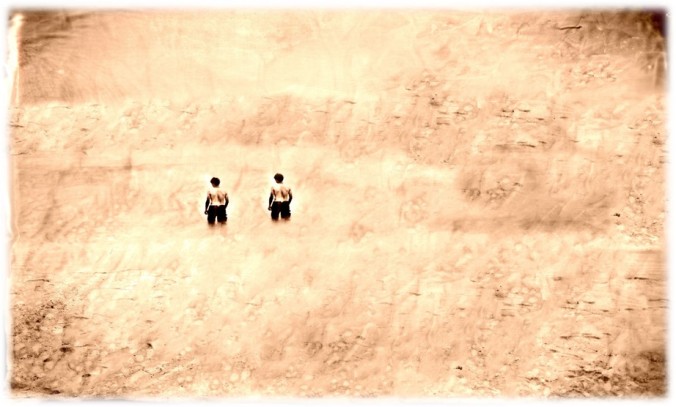 “To a real best friend remember the truth! Hardy spy in the sky. (We did fly)” – Jason Waite (autograph 1974 yearbook)

Early morning my friend, eternal sails upon that desert wind, and I’m moving off with you again. Below just a topographical change, a deep, deep vale where we hid our change. From boys to better men. You come shooting up from Flame hill again. So, let’s begin. Let’s begin.

He rides the ship called Argo, the one that we fought for when we played. A tragedy born in the Ojo Amarillo, below where the Skinwalkers they lay. The character of boyhood brought from dreams of once upon a time until then. He smiles, he looks beyond what once was a friend. The clock burns into early morning seconds, well past three A.M. He summons spring. “School” he says, “will soon be out”. “Forever, and ever will never end, but until then”. For time has brought us this night, my friend. With stars cold diamonds, and hidden omegas beneath a galaxy’s far end. The mystery of the boys we have been. The rare spun change of when or then. The daemons laugh with us again, while our footprints appear, they walk without end. The flame, that sears our emotions again. On that hill, so long ago, where our souls began, again and again and again.

He swoons without blood or bone, the “San Juan River” is in his eyes like home. The color changes always. From muddy water to blue, blue, gray. His touch a cold, cold spell, he says there is another clue, by the river ruins. In the ruined Kiva where we planted staves, we swore we would fight wars on another day. So much in these words has yet to play. Oh, my friend is it another day, he smiles in the starlit darkness, and says “maybe okay”. “Maybe okay”. He rises like an Argonaut, a hero from a play. Final act of literal prose that blows goodbye with the high desert wind. By the table in the school library your face it disappears behind the ending chapter where our journey began. It could be the last time we see each other but until then. Until then.

Early morning my friend, eternal sails upon that desert wind, and I’m moving off with you again. Below just a topographical change, a deep, deep vale where we hid our change. From boys to better men. You come shooting up from Flame hill again. For now, it is the end. The end, but until then. – 05.03.2020 – דָּנִיֵּאל