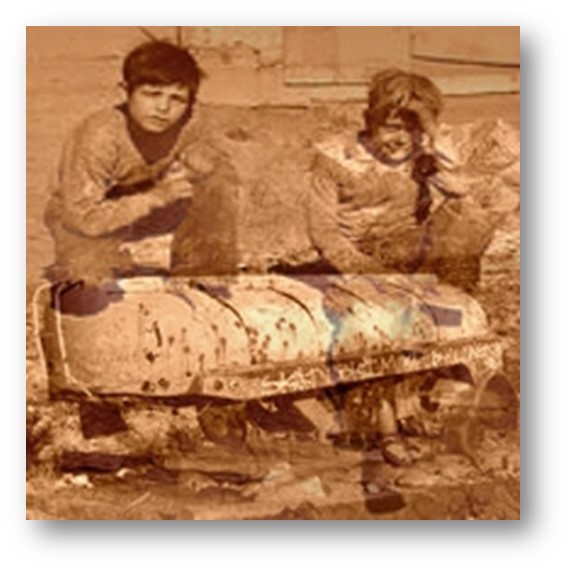 “How can I possibly be expected to handle school on a day like this?” – Ferris Bueller

“We’re off to the witch, we may never never, never come home,
but the magic that we’ll feel is worth a lifetime” – Ronnie James Dio

Look down with me upon this day, across the high desert to a certain place. To an old trailer tanker resting deplete. Its only cargo, on the floor of this rusting keep. Look closely, so closely at a picture of two boys, a picture left in this place, as if by choice. Two faces from history, that time will repeat. Even now comes knocking, the last who will see.

Two heads we see, headed west, down a sunbaked path; one with brown hair, the other a black mess. The sun falls fast on this single day of spring, shooting down through the heavens, bringing something on its wings. It would appear the burdens carried from a year of math and art. Now are loose without a feeling. For these boys walk without an arc. Why there shoes made by converse, leave hardly a trace. As they carry sacks of lunch and knowledge to the place of secret things. “School is not made for the living”, one boy cries unto the air, and they both laugh without smiling for the truth is there somewhere. For a moment, let us watch them still frozen in time. In their purity shimmering, moving onward in this rhyme.

Let us look at the picture that is painted from above. A numbered highway in the background, beyond it scrubland wild with yucca, dryland arroyos, lie open, writhing with their scars. Down the path that leads us westward lies a rusted oil tanker and two old cars. It is a graveyard of a shadow of another place tomorrow. For it is tomorrow where they go, a bit of yesterday, and as the clouds flow from the east, they turn their backs, and begin to walk to stray. Indeed, we see them avoid a snake his triangle head of spotted gray. “No matter it all”, one boy he brays, the other sings out, “we missed our school today”. A matter of steps a slight incline, the scrubland rolls out, and dips and divides. At last we watch the two boys much slower, reach the rusted oil tanker, the place they know they will soon grow much older.

For here, it is we cannot grow nearer, the picture shimmers, dances, and glimmers. A place were two boys search for cracks in what is sutured. Finding doors that open, on order, past and future. Ruins discovered in place. Veils ripped from openings, alien voices calling out from deep to deep. It is the discovery of the last of days. It is here they come to play. If we could venture a thought of what they find, inside compartments of an old oil tanker way past its prime. Could they go where one has not been, could they find the way past when? Is there blackness beyond the divide, or have they found the path to the divine.

“That picture looks like us”, one boy says, a film of cool perspiration resting upon his brow. The thick darkness inside the front compartment of the tanker surrounds the thin beam of the flashlight. It gives the feeling of a tomb. “It could be us”, the other boy says softly.” His voice carries a soft echo through the oval opening into the next compartment. It is there; we look and see a sudden wind created. We watch as it lifts itself backwards through another opening, and then upwards through the open hatch, as if with a sudden relief.

Look down with me upon this day, across the high desert to a certain place. To an old trailer tanker resting deplete. Its only cargo, on the floor of this rusting keep. Look closely, so closely at a picture of two boys, a picture left this place, as if by choice. Two faces from history, that time will repeat. Even now comes knocking, the last who will see.

For my eighth grade English teacher Mrs. Howey, who charged me to read the classics fearlessly, and to write as if I were mad. I will forever carry the guilt of disappointing her by playing hooky on the final day of school in the spring of 1974. In her aggrieved state, I have always hoped to share with Mrs. Howey that I was indeed engaged in research for how to do both of the charges thus listed above. – 03.22.2019 – דָנִיֵּאל

74 thoughts on “While Playing Hooky”