“The entrance to the underworld is in Los Angeles” – Rick Riordan

In the dream, I watched Belial watch her. His gaze followed her in steps, and moves, counts and rhythms. He definitely was watching, and I think she felt him. Yes, sir, I know she did!

She dry’s inside, her shell replete, with modern crimes, of living, she is sleepy in deceit, the sun so high beyond those Hollywood hills, bares down its breath in a drug fogged spill. And all about her, it’s the end of days, the angels cry, while “The Miracles” play, “Going to a Go-Go” in the dark tinted windows of a hearse going by. Colors holding knifes it’s another day, in LA. Star’s line up, while the moon stands still, an operatic drama for the damned and ill, the same man who decries war and hate, makes his art on screen, with violence displayed. Dehumanizing life in another state of mind. The craven of the culture, look to the vultures that fly around LA. Could be the final of her days, yes sir, could be the final of her days.

A song of many tenor’s flies across her wound, a second chance of playing while there’s still some room. She walks through the Getty Center to see the photographs displayed. On a Sunday Afternoon, the “Cotton Mill Worker” helps to keep her thoughts displaced. She thinks it would be nice if the clouds split from the sky, drove her deep underground. Still she thinks, her smile drawn back until it becomes a certain frown, I’d still be in LA. I’d still be in LA!

The darkness is heir apparent as the sun stands still, the smog that prisms colors, makes the coming night have will. She turns her mind divining, she’s got to drive away, open up, leave LA, to the desert, she will leave LA. It is her final day. Yes, sir, it’s her final day!

Life holds no demeanor, out on the filled freeway, sirens mix with chanted sounds of rap debased, she looks in her rearview mirror and see’s the demon wave, she opens up, but she wants to return to LA. Yes, sir she’s moving on but she wants to go back and stay.

In the dream, I watched Belial turn. His gaze followed the white broken lines dividing the far-right lane until it meets the western horizon, somewhere near the Santa Monica Pier. His eyes weren’t empty, no sir, they were not, and I think he saw me dreaming up there. His eyes just started to unwrap from there in steps, and moves, counts and rhythms. “I’m open to the desert”, I heard him say, far away. Yes, sir I’m open to the desert! – 10.03.2017-דָּנִיֵּאל 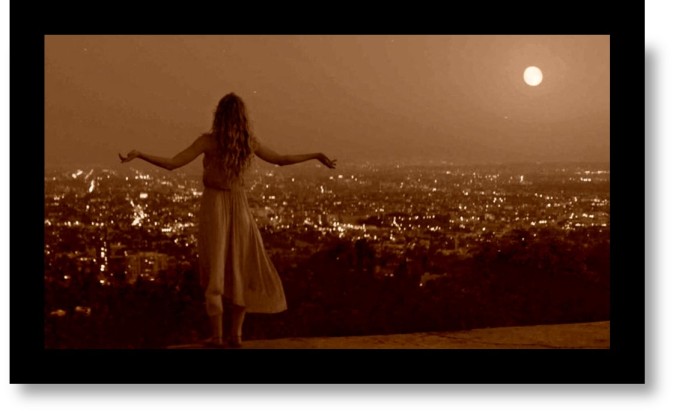 And so, it begins, the month of spirits and spells, and Daemons that fell. These are Daniel Swearingen’s haunted, neurotic dreams. I invite you to a celebration of fear so strong, that what you see, is what you don’t read, you will harbor it in your heart, and it will never go away. Yes, sir you will laugh, for it’s not real, it’s just in that crazy writer’s imaginings. You will breathe and recognize your alive, and how you will smile your mouth disjointed in that crazy smile….and then your smile will disappear for your dreams will start too, and you will know Belial is alive, yes, sir he is! – 10.03.2017-דָּנִיֵּאל