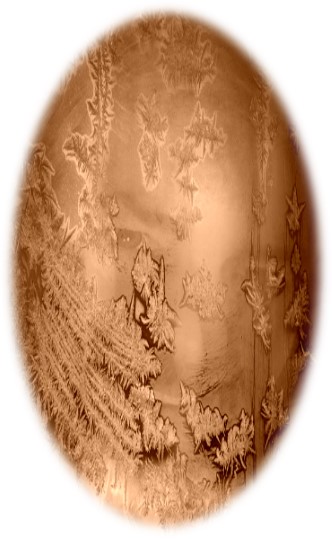 The watch came upon me at three, the tenor of voices outside, or maybe in the vale of my sleep. I thought, I heard my daddy say, it’s frost outside, but still it’s okay. For trouble in winter is better than spring, your wrapped and you’re ready to weather most anything. It was a dream, or not, for of this I cannot say, for my daddy is dead, and I am in winter, and the frost how it grows, layer upon layer eating my soul. And these hollow hallways where I am not wrapped, my bones feel like the parchment, and my body is bled. And I was not ready, and it was the first lament.

Visions change as hearts do, and so it was a different watch upon a post night, before morning, but still winter. The landscape was white with patterns, I thought myself a child again, in New Mexico, raised upon a high plateau with nothing but frost, that devil so cold. There was nothing else to view. And the spirit of G_D came in lights, racing round my young naked form, cold, and baby blue. It seemed while I wept their raised a testimony, in a voice that sounded like the ghost of my daddy too. And while the frost filled me, I heard the specter, say Hashem has made you the head too. But I was not ready, and it was the second lament.

And the watches changed, for there was no one left before me, and the skies above became like copper, and the earth below made of white iron for the frost knew my name. The dream became me, and I the dream, and I thought of all the clothing I had lost, and what had changed. And I was ready, and it was the third lament.

The dream was morning, with the fire of the December sun burning the frost of the Colorado sky before me. And Adonai burned me, and the third lament was ever within me, a possession, changed and new.

44 thoughts on “Frost (The Third Lament)”