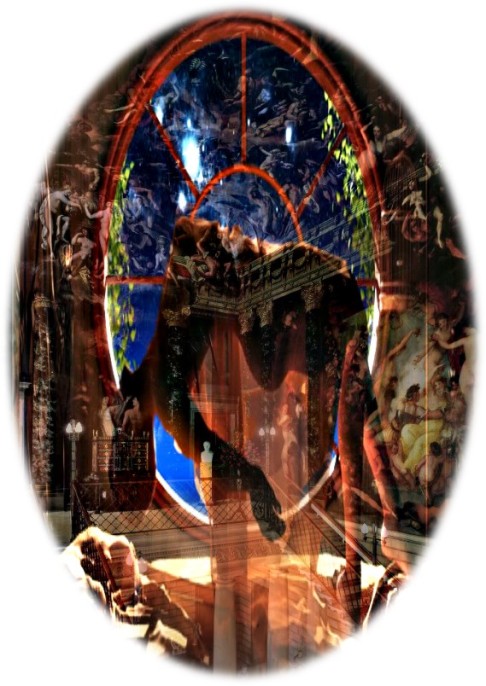 When children sleep, be they ninety or forty-five, a staircase descends from hereafter. And oft they go to the places where hearts sow, seeds of pictures of real that last forever. When weary eyes close, after years that come and go, and the bells do toll for what we’re after. Just a piece of morning sky, maybe slurping apple pie, while the flagship asks us to surrender. Give it all on up aw shucks, such a pleasant form of luck, to be a child again, and know such laughter. For twinkling lights oh how, they cast the night aloud, and its time oh my mate, to pull the lever. When the staircase comes, releasing one by one for fun, for the cause, for the flight, oh what a shiver. Do re me fa so led, up the scale, while wrinkles fell, to cast it all away what endeavor.

When children sleep, and take a peek before they wink, and their eyelids close, how clever. For what they see are the treats, permission oh how neat, climbing up into the rafters with no effort. And though they may be fifteen, twenty-two, or eighty-three, suddenly their slack lining through the Neverland, of their best dreamed of, neighborhood. It would not really surprise me to find that some who’ve gone, and climbed one at a time, wish that they would return to try… it one more time. For yes you see its grand, to see the secrets where angels stand, while music played you can be what you’re after.

When children sleep, requiem it sounds unique, not at all so sad or so dreary. And sometimes drums do play, to lead the parade away, and up the stairs they go, Jacobs ladder opens so, like a womb of a kind and pretty mother. Would it ever be any other way, could it be planned with a different… none will know until they go to sleep, then in surprise and what a treat…sandman says go to sleep, it’s time to know no need…

16 thoughts on “When Children Sleep (Stairs)”