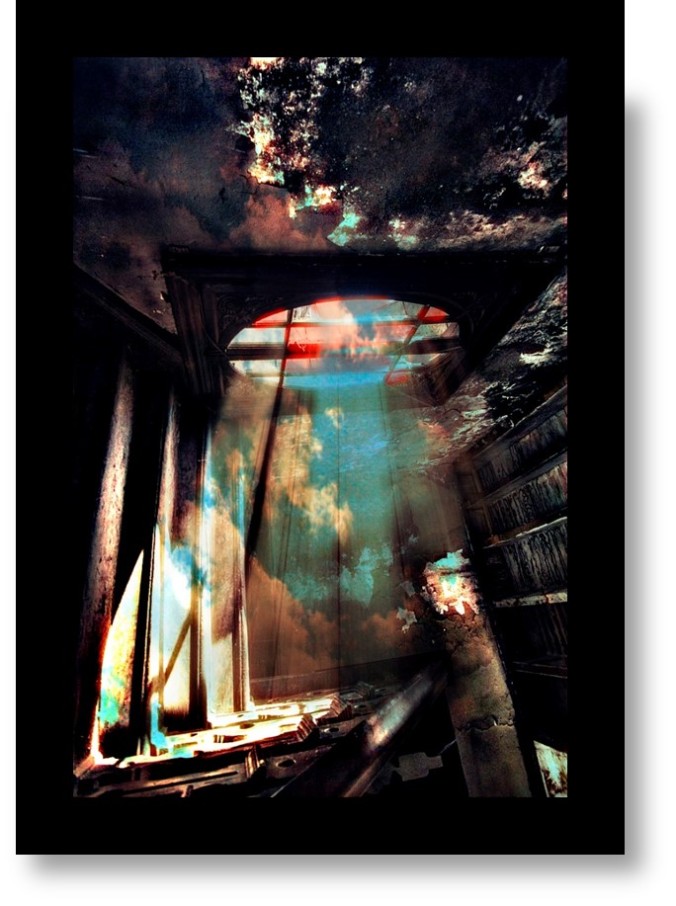 In Chaowai, there are shades, sweet spices, voices, California expressions in Beijing walls, women on women, ghost from past social registers that come to call.

Maryanne in lurid beauty comes to call in 29, milky skin she’s a cutie, a parasol that turns a dime. Like a doctor to see a lawyer, eyes slanted in their mist, Ruan leaves her hands on her breast, and some say their cocaine prints. There was a time in San Francisco, Maryanne would walk on, not fall in jades of darkness, wet love, no not at all.   But the shades, in old Peking, that entice her, the sliding body on the bed, it’s the haunting of past kingdoms, it’s the lust in her head.  Greetings tea, libraries, dynasties, tombs, and all seduction, a passion on a nationalist fray, shades of sixty-nine, such fun, while soldiers walk by such an ordinary day.

Ruan turns her parasol, eyes brown, maybe gray, instantly haunted, while the California woman shades her body, she’s a flapper, she sashays. The year of the snake, shadows on the wall, erotica, haunted, together, come to California with me, there in wine, and cocaine with Maryanne, more than a Chinese shade to me. Ruan takes her cigarette, her long, unbroken smoke, and turns to write epithets on the papered wall.

Liang watches his smoke curdle, he’s a solider, with broken dreams, dead inside with all the opium, oh his spirit how it screams.  And at night while in Xiang, bloody and ruined in war, he taste and sees, shades in Chaowai, woman on woman, such rumors he can’t ignore.  He waits his mind on providence, his soul ground to the bone.  His knifes of his negotiation, letters of promises, the facts that he has known, and he waits, in shades, so long in shades.

The night it falls, in baritone, neither heavy nor deep, in cocaine, in skin, like cotton, while torches light the keep, and the music of love, the music of sex, and the moans that haunts us all. A horsemen he comes riding his anger will not stall.  That officer in brown and green striding, his opium, those eyes that gleam. A matter of time worth taking, the matter of the seam.

Oh Liang, home from yellow rage, the fevers and blood, the bedroom door is open, there the making of the lust. Through terrible music and passionate screams their bodies unfolding, while his knife sings, the bloody illusion in ole Peking, of Ruan and Maryanne dead while echoes ring.

It’s true just now, as I walk through this house, this craven reminder of 1929, at 21 Chaowai, two woman wait, to be released from a maddening fate, that accompli with knives that Liang spelled, blessed by a spirit by the opium wells. I feel them, their bodies, in shades not new, waiting in this house for someone to let them loose.

In Chaowai, there are shades, sweet spices, voices, California expressions in Beijing walls, women on women, ghost from past social registers that come to call.

In Beijing in Chaowai (SoHo) 21 to be exact, among the glass and plastic stands an old house. If you go inside, you will find shades of a story. Shades of Maryanne of California and Ruan from Peking. It is 1929. Liang the Nationalist Officer is there too. The jealous husband with his knives. – 06.24.2015 – דָּנִיֵּאל