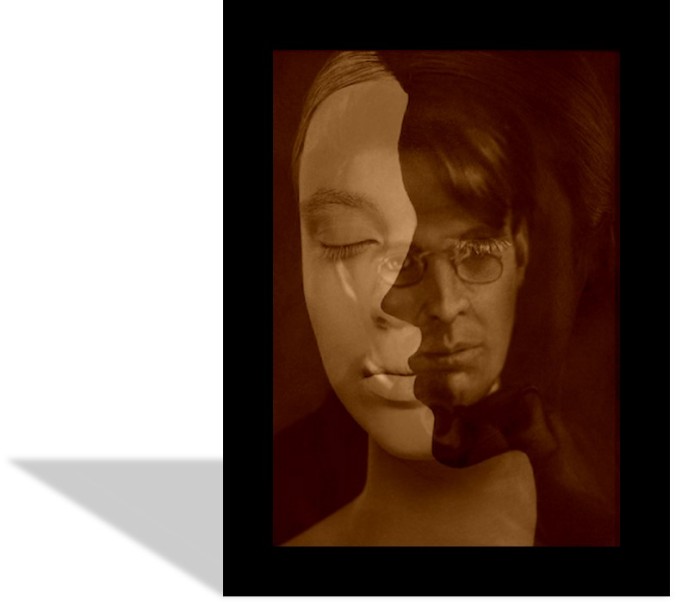 In the evening we read “Yeats” to her, that sound, monotone and dark, assuring her the night had come, and we were with her. Angels, fallen, watching, some running to touch her wrist reassuringly, when she cast her eye’s cunningly upon them, for she cast a note of a minor key, and as “Yeats” himself, that Irish Bard, had written, “Her soul was in division from itself“.

Cast, cast yourself upon a broken shard, define your need in shattered arms, and carve upon yourself, personality, so wily and winsome. “A crazed girl by climbing and falling“, need she not know herself, need she know “a beautiful lofty thing“, or less in the darkness anything. There she resides while we recline, and observe her diffusion of mind, seraphs, such dark angels, soul, ambience, without feeling we bind.

“Wound, wound” laceration from spirit, addiction of pain, how we find her, “Oh sea starved“, wanting open water, but yet she despises it. Her breath so fragile, her thoughts divided, that line where she cannot decide, that contour where “no common intelligible sound” could abide, that borderline. We pass her by, slowly, then quickly, “where the bales and baskets lay“, always passing, never leaving, always listening, to “her poetry” (thoughts) “dancing upon the shore“.

She waits, in darkness, she baits, the point, abandoned, the answer, she thinks, “heroically lost, heroically found“, colors muted while we smile, so close now, so wounded, now she cannot refuse. She unwound, split, young child who cannot walk upon her own, “her knee-cap broken, that girl” we “would declare“. Still she stirs, her wild eyes untamed, changing light into darkness, music into sobs, notes lost, path unseen, she stands, “in desperate music wound“.

In the evening we read “Yeats” to her, to her flesh, to her carved arms, to her pinioned soul, and there we find fusion by design, as “hiding amid the cargo of a steamship“, such as we cannot describe. It is there toward sunrise, “that crazed girl improvising her music” is found. It is she, that we love, for she, is she, a wonder, and how she shines, that crazed girl shines! 11.15.2014– דָּנִיֵּאל

Her soul in division from itself
Climbing, falling She knew not where,
Hiding amid the cargo of a steamship,
Her knee-cap broken, that girl I declare
A beautiful lofty thing, or a thing
Heroically lost, heroically found.

No matter what disaster occurred
She stood in desperate music wound,
Wound, wound, and she made in her triumph
Where the bales and the baskets lay
No common intelligible sound
But sang, ‘O sea-starved, hungry sea”

4 thoughts on “Yeats and the Borderline”